Hello hello XXXX -- it's been two months (and so two hellos) since the last FiddleBop email newsletter. What! How come the summer break went so fast? Just where does all the the time go? (And wasn't there a song about that, once?)

I dunno where the past has gone, but I do know that the future is fast approaching! Too fast... So in just two days time, on Saturday 8 August, we'll be at The Rose and Crown, Charlbury. Which is a new venue for us, one that we look forward to christening with some hot-hot-hot gypsy swing! Actually, we could enjoy just being there, never mind having fun playing! Why? Because the Rose and Crown is, as it says on the pub's website, "a traditional pub with the emphasis on real ale - along with traditional cider and perry, quality Belgian and foreign beers, good value red and white wines, and old English fruit wines". Cor! One of each for me! Anyway, FiddleBop will kick off at around 9 pm on Saturday. See you there?

Then a couple of private party gigs (one in Somerset, where the zider apples grow, ho ho), then a regular gig for us: Chippy Jazz and Music (CJAM) on Sunday 20 September. FiddleBop may have played at Chippy Jazz -- "the friendly little gem of a jazz festival" -- several times now, but this year will be (at least for me) a bit different. And a lot more nerve-racking. Since I'm now organizing the festival, along with some musical colleagues! For the full story, see this web page. The festival's running order is still tentative in places, but one thing is for sure: FiddleBop will once again make The Red Lion roar! It'll be Jazz with Gypsy zing, from 2 pm. And both before and after FiddleBop there will be plenty of other fine jazz to regale your ears: such as our friends Hot Club '42 and ShawStoneNg (featuring sometimes FiddleBop bass player, Esther Ng), and lots lots more... 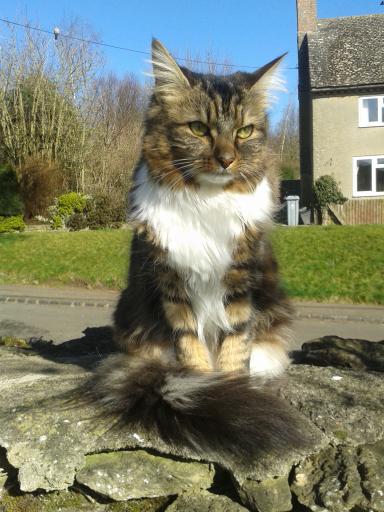 Then a week later, on Sunday 27 September, FiddleBop turn water-rat once more, on (or rather above) the rat-friendly banks of Old Father Thames! (And wasn't there a song about that too, once?) It's back to The Nag's Head on Abingdon bridge for us! Always fun, this gig. Thanks, Lloyd!

Sadly, a rent hike has led to financial problems for London's Le QuecumBar "The World's Premier Django Reinhardt Gypsy Swing Venue". FiddleBop's gig there on 4 October has had to be postponed. It would be terribly sad to lose this unique venue, and especially sad for lovers of gypsy jazz music. Sure, none of us (except perhaps a few high finance plenipotentiaries) are well off at present, but you just might consider supporting Le Que through these difficult times: see their KickStarter appeal. Every little helps: "Nobody made a greater mistake than he who did nothing because he could only do a little." (Edmund Burke)

Cor! Philosophy and musing in a FiddleBop newsletter! What is the world coming to?1

Anyway, that's all for now folks! More to come in the next FiddleBop newsletter, including some smashing-looking FiddleBop gigs in October and November (some not yet finalised). See our always up-to-date gig list). And enjoy the rest of the summer before it too vanishes, and you look up and say "... Across the evening sky all the birds are leaving..."

The 2015 FiddleBoppers (Dave, Jo, Martin, and Roger-or-Esther-or-Mike on double bass)

"For there was never yet philosopher that could endure the toothache patiently, however they have writ the style of gods, and made a push at chance and sufferance." (William Shakespeare)