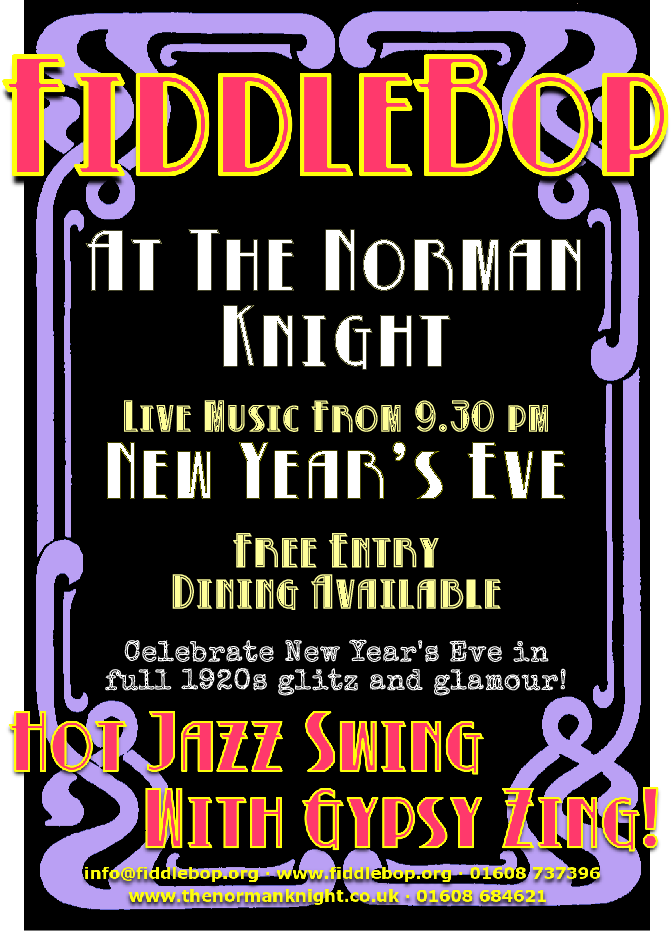 And on 31 December 2016, FiddleBop will be celebrating New Year's Eve in full 1920s glitz and glamour! Yup, we'll be gypsy-jazz-swinging in the New Year from 9.30 pm amongst dancing gangsters and molls in our local speakeasy. (In case you were wondering: "A speakeasy, also called a blind pig or blind tiger, is an illicit establishment that sells alcoholic beverages. Such establishments came into prominence in the United States during the Prohibition era (1920–1933, longer in some states). During that time, the sale, manufacture, and transportation (bootlegging) of alcoholic beverages was illegal throughout the United States." So now you know.) 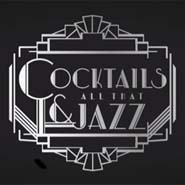 Dressing up is optional, though the 1920s theme will certainly inspire some Great Gatsby socialites and Bugsy Malone style flappers... See you there? Yaaaaay!!! 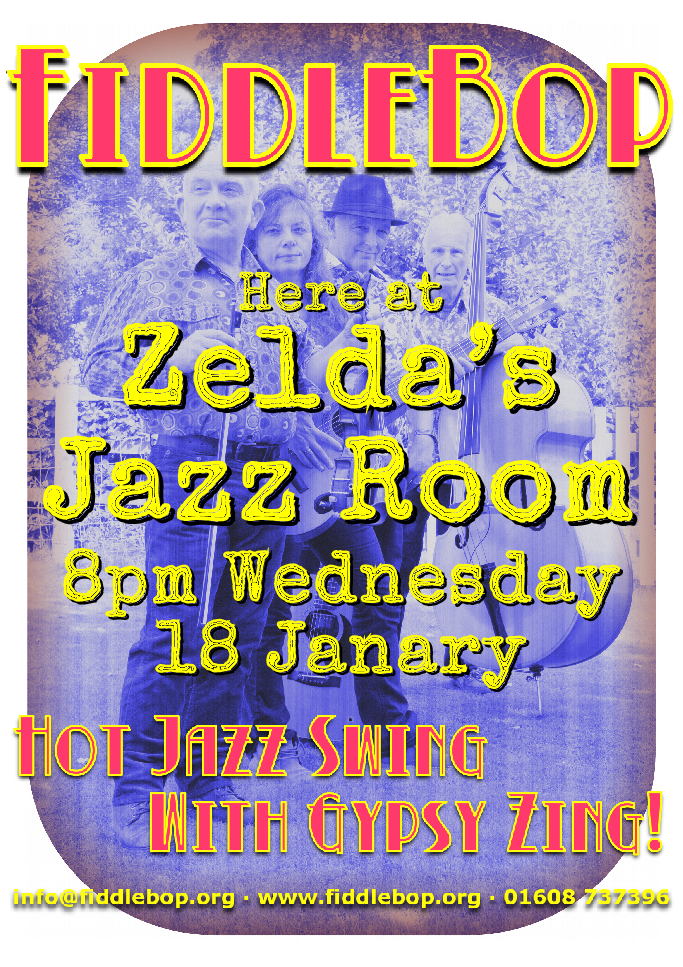 And then in January, FiddleBop goes south. (No, not Biggles. FiddleBop.)

We go south... deep, deep south... into that mysterious hinterland, that swamp from which few return... the Valley Of The White Horse. And further yet! To a jazz club in Wantage: where folks talk funny and the streets are paved with gold. (What, you mean that last bit isn't true?)

Run by redoubtable jazz guitarist/banjo player and bandleader Dave Moorwood, Zelda's has been a jazz venue for many years (I'm told) and is a favourite gig for many of the UK's best jazz bands. We are unsure why we've been booked here

We can't wait for this gig! Even without the gold-paved streets... 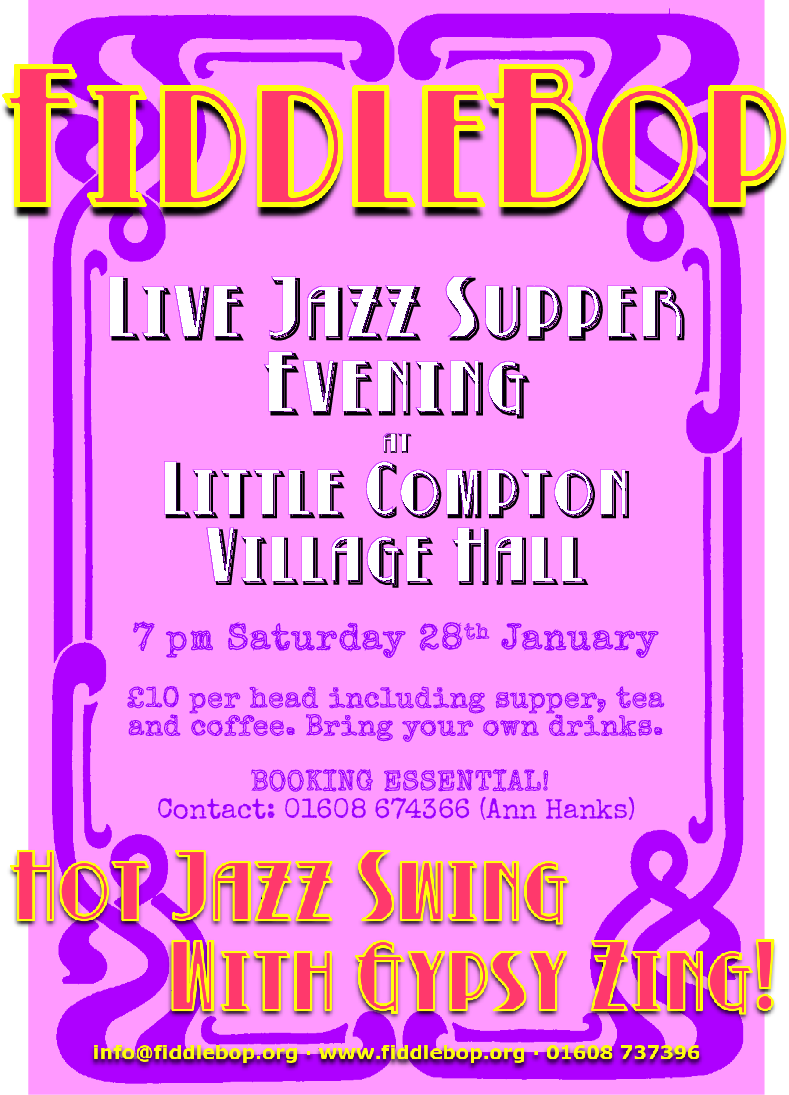 And later in January, how about a "Live Jazz Supper Evening"? Combining hot gipsy jazz and a hot supper... that can't be bad!

From 7 pm on Saturday 28 January 2017, you can eat-to-the-beat along with the friendly folk of Little Compton in the Village Hall (Pinchester Close, Little Compton, Warwicks GL56 0SE). FiddleBop will, as ever, be laying down those gipsy beats for gipsy feet, so all you have to do is eat! And drink, and chat, and generally have a good time. And how about dancing away those Xmas-gained kilos?

So, will we see you there? Tickets are £10 including supper, tea and coffee. Bring your own drinks! 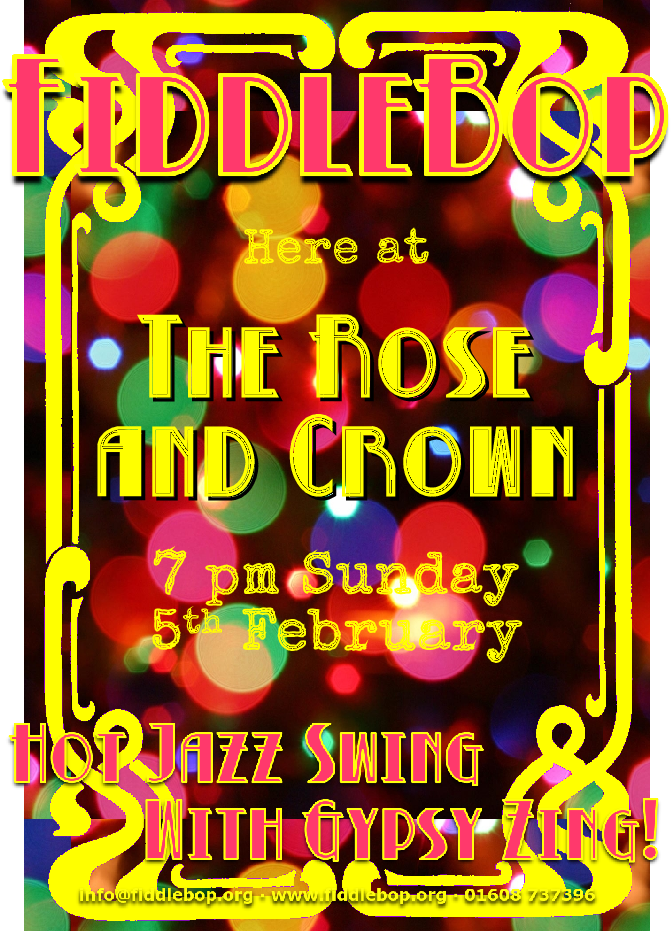 The final FiddleBop extravaganza which I'll mention in this Xmas newsletter (but o-no-it-isn't our final gig for 2017, not by any means: see our ever-expanding and always-current gigs list) is an Oxford Jazz Kitchen gig. And this is at one of FiddleBop's favourite venues: The Rose and Crown in North Parade Avenue, Oxford OX2 6LX. (01865 510551).

Well, the Rose and Crown has one of the friendliest and most helpful landlords you could wish to meet, has fine beer and great food, a character-filled beer garden/courtyard (which is where we play... it has a roof and heaters, in case you were wondering. This being February), and lively and enthusiastic audiences. Cor!

We'll be raising the roof (not literally) from 7 pm Sunday 5 February 2017. How about coming along?

Well, looking back on 2016: whatever else has happened, we've had some great gigs. Like the one in Oxford's Balliol College for the 25th anniversary of the Environmental Change Institute, when we all ate so much that we could barely play; several fun and happy gigs at the extremely friendly Stratford Alehouse (thanks, Bill!); gipsy jazz on a summer's evening by the pool at Chippy Lido (did I really see someone dancing the Charleston whilst swimming?); and jazz alongside Ol' Father Thames, bemusing passing pleasure boats, at The Nag's Head On The Thames in Abingdon.

O and there's an article about FiddleBop -- complete with some videos recorded live at The Walnut Tree Inn when we played there in October -- in Jazz and Jazz. Thanks, Peter!

Finally, what do you think of this newsletter? I've tried sending it via Mailchimp after the blue-text-on-a-blue-background fiasco last time. (Have your eyes recovered yet?) All OK? Anything you'd like more of? Or less of? Or not at all? (OK. I know. Me. I talk too much. Especially at gigs.)

Right! That's all for now. Another FiddleBop newsletter will (all being well) follow in a couple of months.

Again, Merry Xmas and all the best for 2017, XXXX! See you soon, hopefully!


For the latest and greatest, most up-to-the-second info on FiddleBop's small doings (do you really want to know?), see our Facebook page. All the best!

PS We hope that you are happy to receive these FiddleBop email newsletters. If not, then click here to unsubscribe XXXX from this list (XXXX). We'll shed a tear at your leaving...