Problems reading this email? Then read it online.

Here it is: the first FiddleBop newsletter since September 2017. Yaaaay!!!

Lots has happened in the almost-two-years since the last FiddleBop newsletter. Both bad and good. So first: let's catch up with the news.

Back to September 2017 then... Jo and Dave had just moved from rural Oxfordshire to a remote barn in glorious green hills near the Brecon Beacons. We were busy rearranging furniture, mowing the grass, and acquiring some rudimentary DIY skills. (And trying to acquire some rudimentary Welsh. We're still trying.)

FiddleBop (comprising Jo Davies, Dave Favis-Mortlock, Roger Davis and Martin Crowder) was as busy as ever. With gigs here and there (but not everywhere), and Jo and Dave commuting to gigs from Wales.

But then, like lightning from a clear sky, like the proverbial "bolt from the blue"... the bad news.

Not long after the newsletter, FiddleBop suffered from a parting of the ways. The final gig for the first version of FiddleBop was at the Walnut Tree Inn, Blisworth, on 3 December 2017. 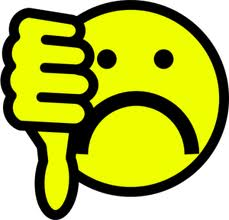 But wait! Here's the good news! (Tho' I wouldn't be surprised if you've guessed it already, given the Sherlock Holmes-like calibre of our readers.)

As the saying goes, “The king is dead, long live the king”. Yes folks, we have a new FiddleBop. From the ashes of the old FiddleBop, a new band, phoenix-like, has arisen!

Version 2 of FiddleBop is now ready and gigging. 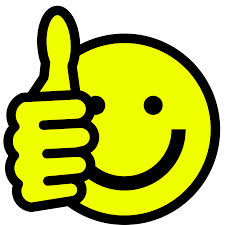 So who comprises this nouvelle FiddleBop?

Jo Davies of course, on rhythm guitar and vocals; along with Dave Favis-Mortlock, on violin, viola, flute and vocals.

Welcome to FiddleBop, Paul and Graeme!

So what does the new FiddleBop sound like? Well, compared with FiddleBop (first version) we’re a little wider, a little broader. And I’m not talking about my waistline here, folks. 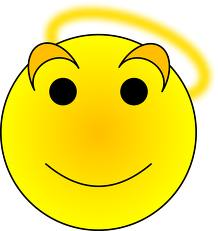 Yup, the new Fiddlebop has expanded a bit, in terms of both repertoire and mood.

FiddleBop’s Gypsy jazz roots mean that we can still, most definitely, be hot unto cooking. We'll get those feet stomping and get that heart thumping (in a good way, of course) for the traditional Gypsy tune "Dark Eyes", when we're searing though Dizzy Gillespie's "A Night In Tunisia", and for our funky version of oldie-but-goodie "Sweet Georgia Brown". Yaaay! But FiddleBop-neu also has a sweet and chilled side: such as our delicate instrumental explorations of John Coltrane's exquisite "Naima", or our tender and nostalgic close-harmony vocals of Sir Paul McCartney’s "Here, There, and Everywhere".

Curious? Then — until we get some recording done — the best thing to assuage that curiousity is come to one of our forthcoming FiddleBop gigs.

Almost finally: we're all excited about FiddleBop v2! But, of course, it's a mistake to go forward without acknowledging where you've come from. (If you think that sounds like some deep and ancient wisdom, you're wrong. I just made it up.)

So Jo and I would like, most sincerely, to thank Roger Davis and Martin Crowder for all that we've learned from them over the years. (However, we're still trying to forget some of Martin's jokes.) And we'd like to thank them, too, for all the fun and laughs which we shared, at uncountably many FiddleBop gigs (now why does that remind me of the Rollright Stones?)

Ta v much, and the very best of luck, Roger and Martin!

Finally, I need to check something with you. Because of GDPR and all that.

Do you wish to continue to receive FiddleBop newsletters?

If you do not, then click here to unsubscribe, or send an 'unsubscribe' email to info@fiddlebop.org, and I’ll remove your email address from our mailing list. If you don’t send an email, then I’ll assume that you are happy to receive future FiddleBop newsletters.

OK, that's the lot for now. Next newsletter in a couple of months! Until then:

(In English: See you soon, at a FiddleBop gig, XXXX?)

For the latest and greatest, most up-to-the-second info on FiddleBop's small doings (do you really want to know?), see our Facebook page. All the best!

PS We hope that you are happy to receive these FiddleBop email newsletters. If not, then click here to unsubscribe. We'll shed a tear at your leaving...

PPPS Want to say hello? You can email FiddleBop at info@fiddlebop.org, phone us, or even write to us.