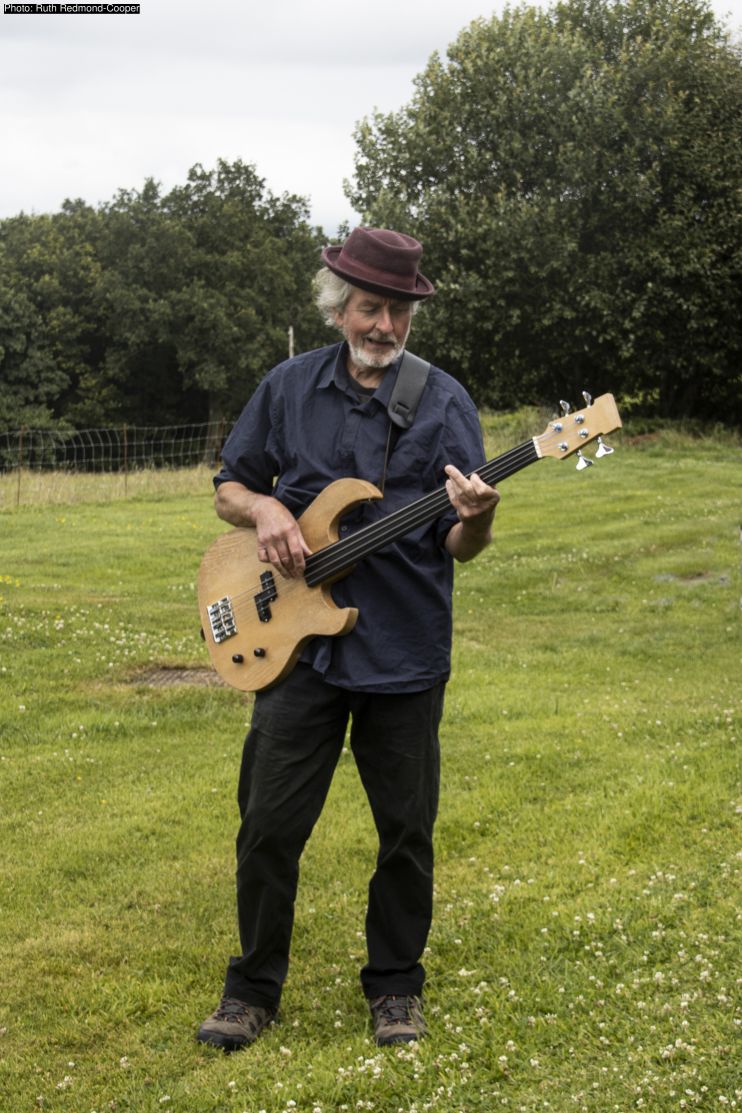 Graeme Lamble is FiddleBop's fretless bassist extraordinaire. And it's a joy to hear his honey-smooth — and adventurous — bass lines underpinning our "Gypsy jazz: re-imagined"!

Graeme grew up in North London, then moved to mid-Wales. He loved it so much that he has never left! Graeme is from a highly musical family. He is the younger brother of Fairport Convention's original drummer Martin Lamble, who tragically died — aged just 19 — when the band's van crashed on the M1 motorway, on the way back from a gig. 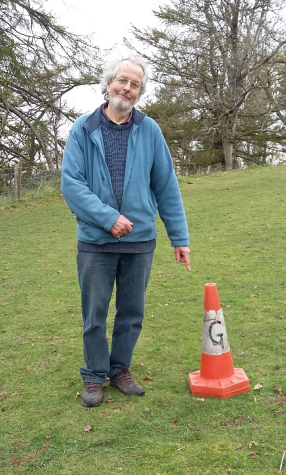 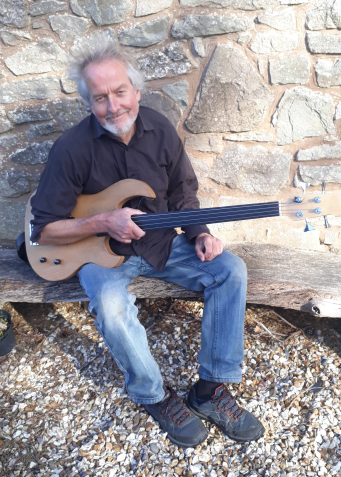 Our Graeme is a man who can turn his hand to many things. As well as playing bass, he is a fine guitarist: he also plays drums and keyboard, and sings too. Alongside playing "Gypsy jazz: re-imagined" in FiddleBop, Graeme makes music in various styles in several other bands, including "Small Town Jazz" and the acclaimed Much Ado Band folk dance group. Graeme is also a luthier ("Lamble Guitars"), and made the bass and the guitars which he plays. And he is also a picture-framer, a roofer, a carpenter, and a builder. (Thanks for all you did in our annexe, Graeme!).

When he is not making music — which isn't often — you might see Graeme striding across the beautiful hills of the Eppynt and the Black Mountains, the land that he loves.