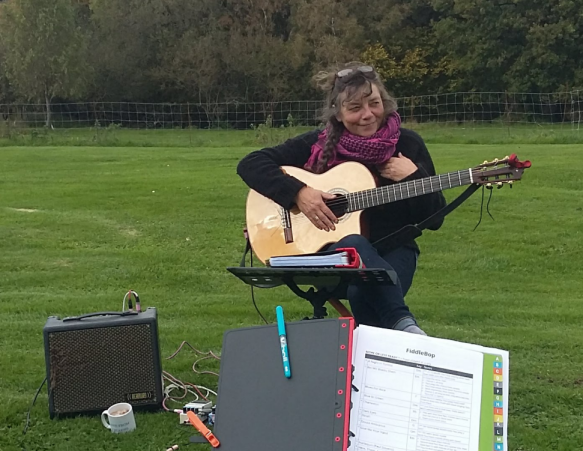 Joanna Davies is the rhythmic foundation of FiddleBop, the rock on which we're built. She is the band's powerhouse, our very own rhythmic rocket. For sure, Jo puts the zing in "Gypsy jazz zing: updated"! Her nylon-string acoustic rhythm guitar playing brings more than a dash of fiery flamenco duende to FiddleBop's sound! And Jo sings too, both solo and in harmony.

But why is someone with the decidedly un-Gypsyish name of Joanna Virginia Fernley Davies (that's it, in full) playing Gypsy jazz? You might well ask. 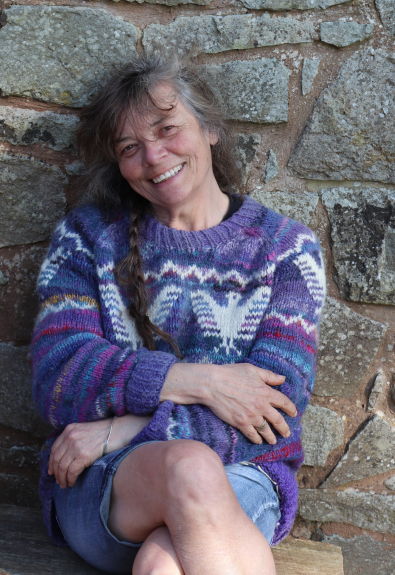 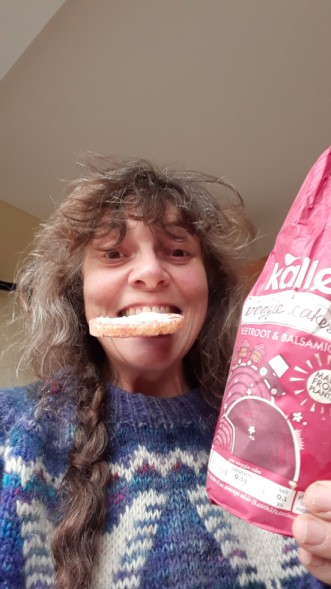 Jo certainly has Gypsyish looks. A couple of years ago she played a Gyptian (a fictional kind of water-dwelling Gypsy) in the first season of the BBC TV adaption of "His Dark Materials". But the roots of her love of Gypsy jazz go back much further.

Jo was born in Wales. Her family moved to Oxfordshire, and from an early age the young Jo had piano lessons. When a little older, Jo used to go with her father to hear live jazz at Chipping Norton Theatre on Sunday lunchtimes. A few years later, she became a regular listener at Banbury Jazz Club (which was then at Banbury's Moat House Hotel, anyone remember those heady days?). Alongside absorbing all this jazz, Jo was teaching herself to play guitar and other instruments. She had been writing poetry for as long as she can remember, and the convergence of the two led to Jo creating her own songs with guitar accompaniment. 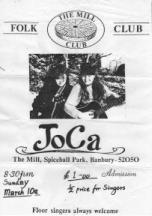 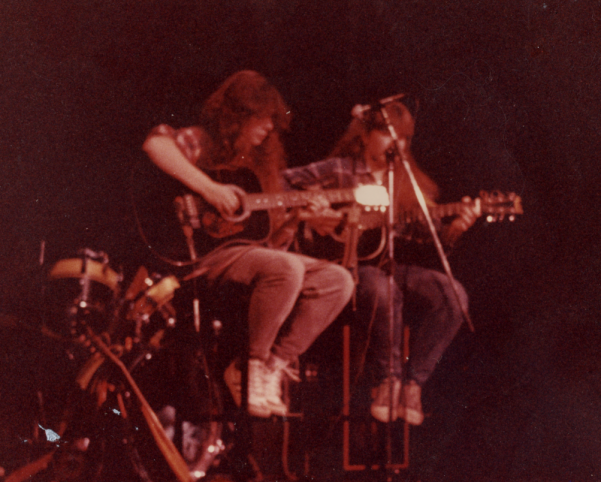 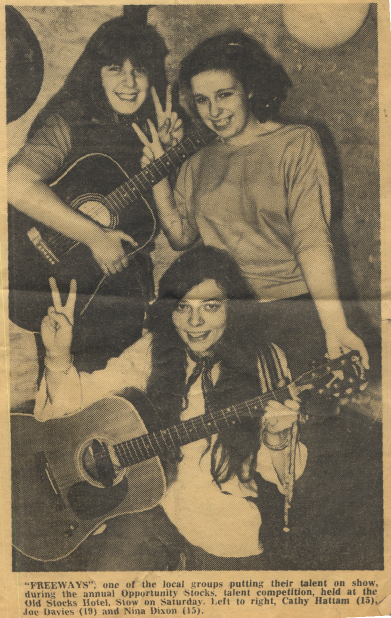 So in the 1980s, Jo began gigging around North Oxfordshire. First in a trio called "Freeways" then as half of the duo "JoCa", with Cathy Hattam. Joca performed their own songs, often in close harmony. The duo began to attract an interested following (Dave came to one of their gigs and very rudely talked all the way through it). Championed by Mark Powell (aka Mark Bedford), Joca recorded at Dave Pegg's Woodworm Studios. For more about JoCa, see 'Our Loft'.

Around this time, Jo also participated in more experimental musical projects. One of which was 'The Gig For The Curious', fronted by John Cunningham; this included other fine musicians such as jazz drummer, the late Steve Harris.

Then in 2003, Jo met Dave, and they began playing Gypsy jazz together. FiddleBop brings together Jo's love of jazz and her strong rhythmic sense. She now favours a classical, nylon-strung ('Spanish') acoustic guitar, played with her fingers rather than with a plectrum or pick. Which can be tough on the fingernails but is great for cross-rhythmic powerhouse strums and artful and sultry arpeggios... 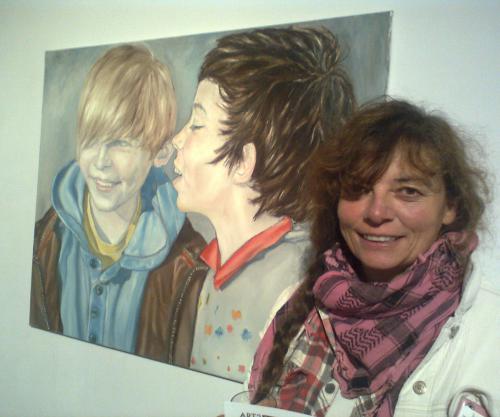 Life outside FiddleBop? Before moving to Wales, Jo was a one-to-one support worker for a charity called Young Dementia UK. She continues to do support work. Jo also co-hosts the Barn Annexe, Wales, takes long walks in the glorious countryside around her mid-Wales home, talks to her two cats, paints large pictures, spends time with her actor son Reuben Beau Davies, and enjoys (well, most of the time anyway) being married to Dave.