Roger Davis played in the first version of FiddleBop, which disbanded in December 2017. Read the writeup below to learn about Roger's role in FiddleBop-that-was... 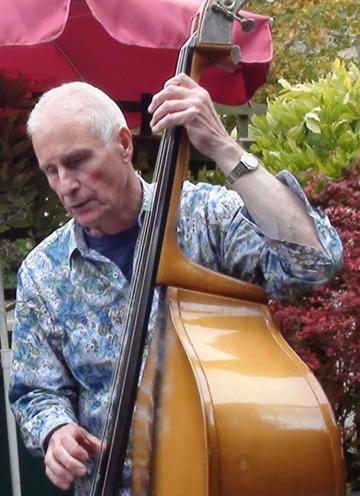 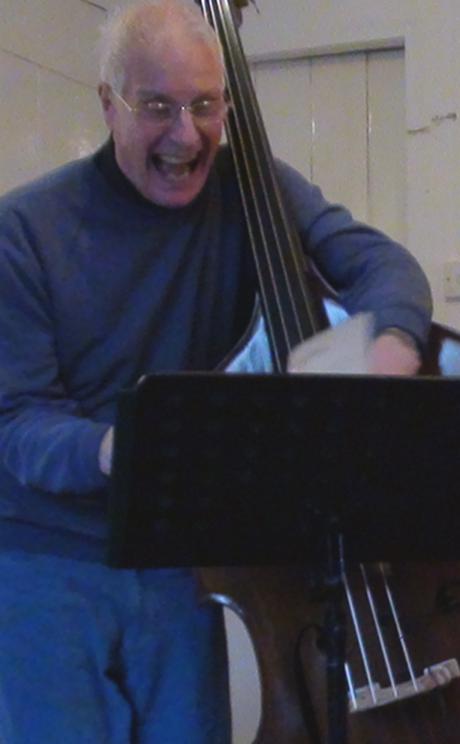 Roger Davis was FiddleBop's double bass player. With those powerful, swinging, mellow notes underpinning Jo's fiery rhythms, Roger both revved us up and kept our feet on the ground. At the same time: no small feat (sorry, a dreadful pun I know).

As well as being one cool dude1, Roger is a very fine and experienced musician. He has played jazz bass for many years, with several bands including Richard Leach’s 7 Stars of Jazz and Dave Morwood's Rascals of Rhythm. And in almost every town in Britain!

So how did this distinguished doyen of the double bass come to join FiddleBop? Roger was accosted after one of his many gigs by an unlikely pair of people who said that they played jazz on violin and guitar. And would he like to play some jazz with them?

Later, Roger was pleased to discover that this was at least a half-truth. So he joined FiddleBop. Thank you, Roger!

1And not just when he plays bass. Have you seen the number plate of his car?