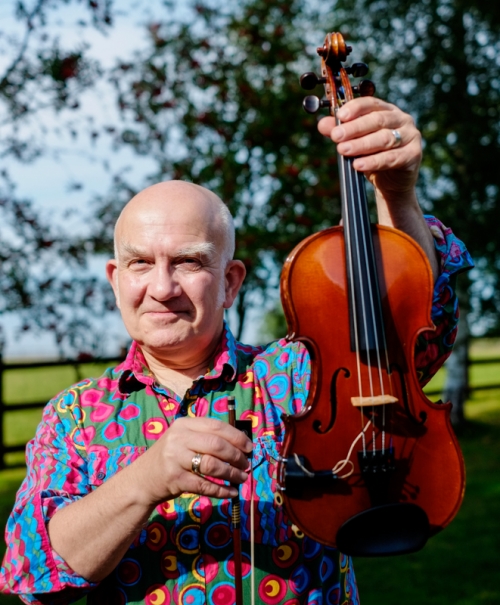 Dave Favis‐Mortlock plays Gypsy jazz (updated) on violin and flute for FiddleBop. He sings, too. And yes, that really is his name.

So what is Dave's Gypsy jazz connection? Well, whilst growing up in Essex, Dave understood — from a family legend, related by his elders in hushed voices — that he was descended from Gypsies. The large ear lobes possessed by him and by others on his father's side were cited as corroborating evidence. But later, he did some checking of his ancestry. Sadly, he could find nothing to support the family story of Gypsy blood. O well.

But playing "Jazz with Gypsy zing" is Dave's passion. One that has grown and grown, during a journey that has involved playing many other kinds of music. 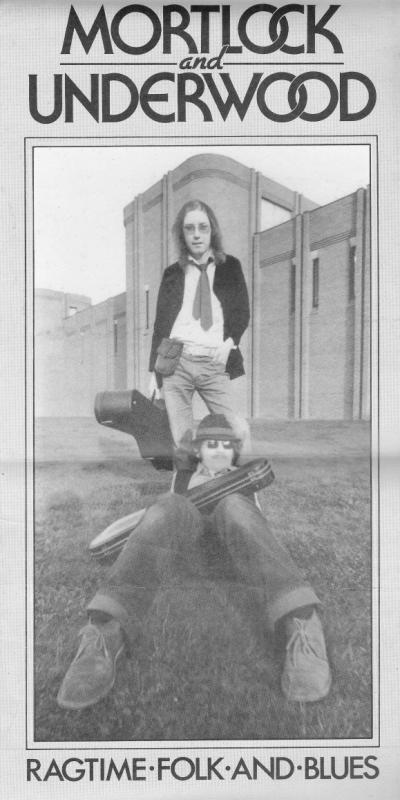 Dave is a self-taught violinist. In his teens, he borrowed a fiddle from a friend at school and attempted to make music on it, in a caravan — not a Gypsy one! A holiday caravan, suitably distant from house and neighbours — in his parents' back garden. It took a while, but eventually the air of Basildon New Town came alive with the sound of jigs and reels. After university, Dave's musical career began. He played folk music with the Banbury-based Rollright Stones during the late 1970s, supporting Fairport Convention a couple of times. Then came a long-running partnership, as "Mortlock and Underwood", with wizard folk-blues guitarist Frank Underwood. In 1985, Dave co-founded Brighton-based folk-punk band Tricks Upon Travellers. Following a move to Oxford in 1993, he played "mediaeval and renaissance pub music" with trio Westron Wynd. 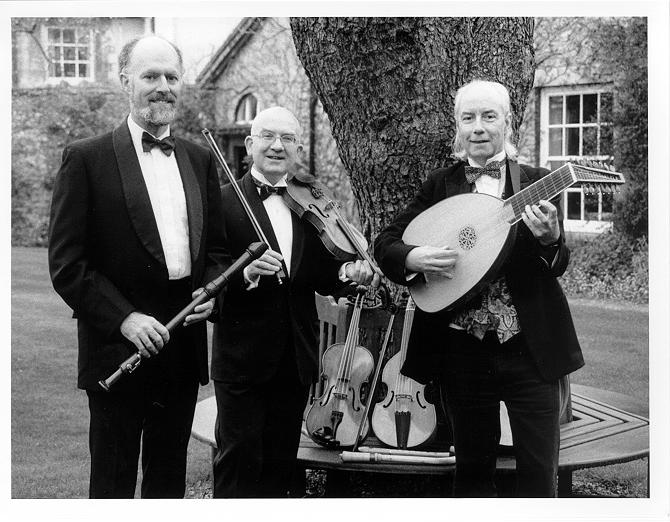 But alongside all this musical activity, Dave had a long-standing hankering. One which he didn't confess to anyone, not even to himself (except sometimes, after a couple of beers). He really, really wanted to be able to play jazz violin. This secret desire began in his late teens when, one Christmas, his Mum bought him a Stephane Grappelli record. One spin of the disc on Boxing Day, and that was it! Later, he heard recordings of Stephane Grappelli's early work with the legendary Gypsy guitarist Django Reinhardt in the Quintette du Hot Club de France, and his fate was sealed. Dave knew that — someday — he had to learn to play Gypsy jazz on the violin. But he had no real idea how to begin.

Then with a new century came a new resolution: so firmly believing that "Even the thousand-mile-road has a first step", Dave resolved to learn something of the art of jazz improvisation on the violin. 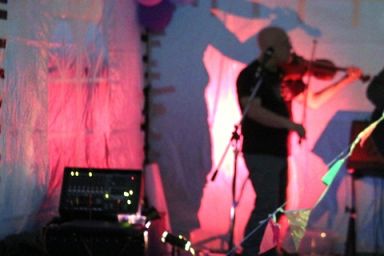 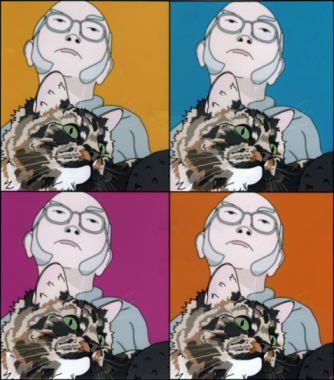 The rest, as they say, is history. In 2003, Dave met Jo, and they began playing jazz together. The duo became a quartet called FiddleBop, which gigged regularly in and around north Oxfordshire for about thirteen years. Then Jo and Dave moved to Wales and, in 2018, re-formed FiddleBop.

Dave is still learning to play Gypsy jazz on the violin, but is getting there.

When not making music, Dave is a geomorphological modeller. He enjoys hypothesising, procrastinating (tho' he is thinking about giving this up), spending time with his two cats, and being married to Jo.