Martin Crowder played in the first version of FiddleBop, which disbanded in December 2017. Read the writeup below to learn about Martin's role in FiddleBop-that-was... 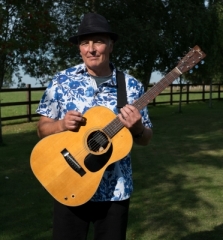 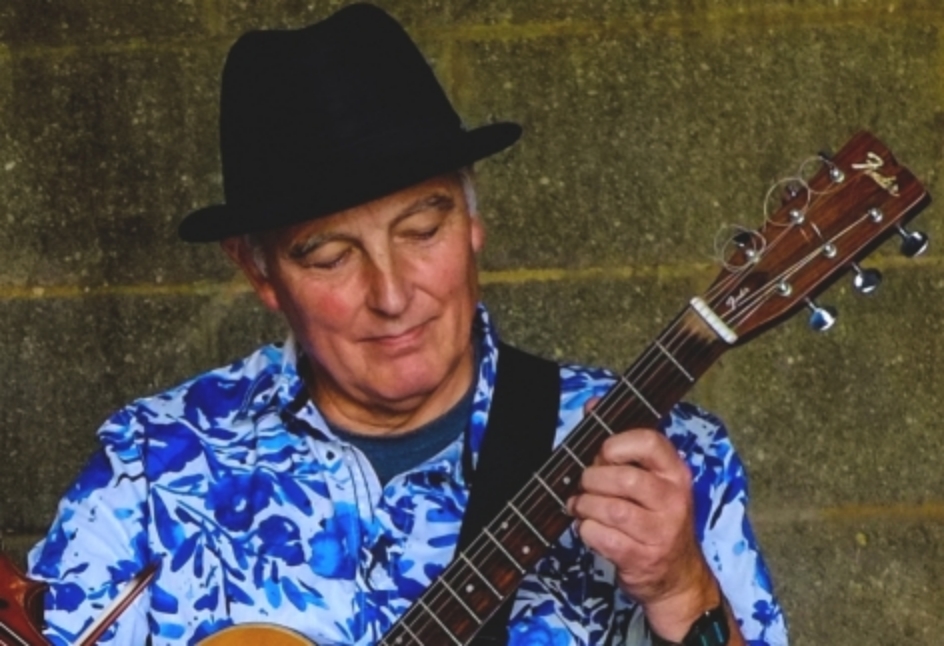 Martin Crowder joined FiddleBop in 2011. And what a find!

Martin's speciality is music from the Great American Songbook genre, but he can turn his hand to almost any style. He started playing guitar whilst a mere sprog (that means "youth" or "stripling", in case you didn't know) then at college in various pop/blues/jazz groups. He continued for many years afterwards, and played in venues throughout the UK as a duo with his wife Pat. A chance encounter with Dave and Jo at a local jazz jam led to Martin (after some contractual wrangling) joining FiddleBop.

Martin played steel-string acoustic guitar with FiddleBop. He also played banjo and sang. And all that musical experience showed: his style being confident and mature, but still exploring new musical frontiers. Martin's smooth-but-fiery guitar licks, soaring over FiddleBop's smoking rhythms, were a major part of the band's unique sound. Especially when Martin and Dave alternated solos, each trying to outdo the other!

And while no-one in the first version of FiddleBop was po-faced and overly serious (for long, anyway), Martin was our stand-out, humour-wise. His store of jokes approached the epic and legendary. And Martin's sense of humour was irrepressible, even in his guitar playing. He delighted in on-the-fly and off-the-wall musical quotes. "Rudolph the Red-Nosed Reindeer" in the midst of "Lambeth Walk", anyone?

FiddleBop kept Martin busy, but he also did (and still does) solo gigs under the name of Pasadena Swing.